I was recently asked why I never finished telling the story about my “unintentional” frugal vacation. Well it turns out that apparently I am a spaz because in my mind, I had already done it. Ha… So here it goes….

The saga of how I survived a vacation on $80 cash with for 4 nincompoops is finally coming to an end. 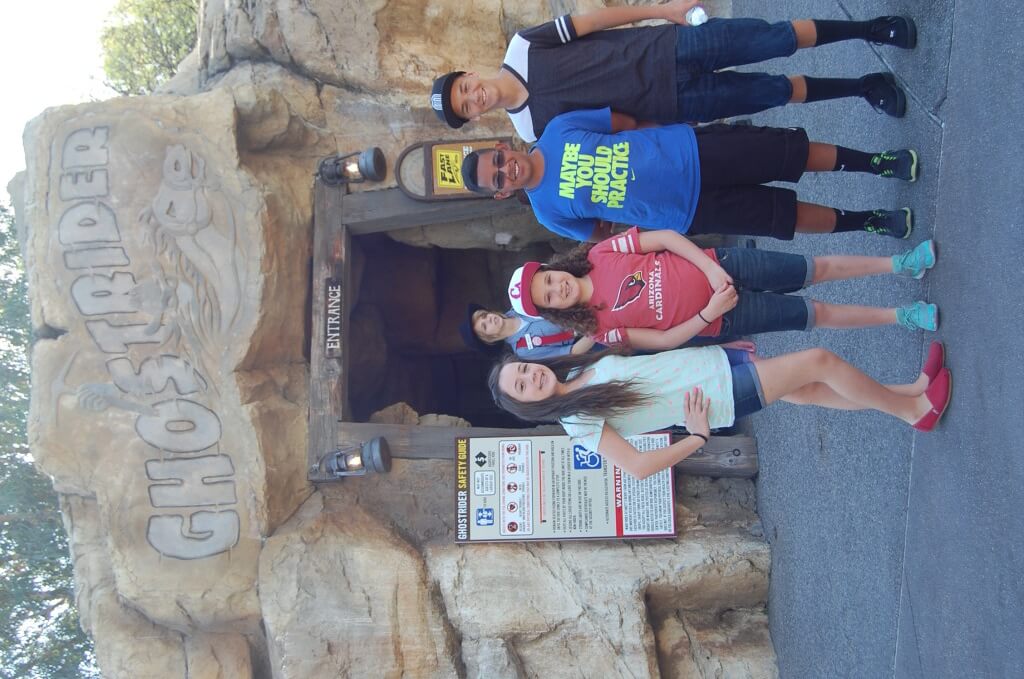 The 4 nincompoops! LOVE THEM!!!

I’ll spare ya all the fun and silly shenanigans of our last day at the amusement park because most likely I possibly am the only one that thinks our ups, downs and the many “what the craps” were funny….  like the kids being super embarrassed because I fell asleep on the ground  while those heathens got on a ride over and over and over again. Supposedly, according the little heathens; they informed me that people pointed and laughed at me as they walked by me. ha.  I will however tell ya how I survived my vacation on very little money. Never been more grateful for my cheapskate frugal instincts that kicked in.  In case you are the few that have no clue what in the world I am talking about (you’ve missed out. ha) so check out the shenanigans of day 1 HERE or day 2 HERE . How can you not nap when the park was super empty. I was dreaming of Disneyland during my nap.

I needed to find a way to get out of paying cash for parking. Fifteen dollars is not a lot of money, however, when you only have a $40 budget for 5 people, it’s almost half the budget. Did ya catch that?… I did mental math! ha (my math deficiency is a whole other story-ha) So my frugal self decided to look at the amusement parks website about  temporary parking for shoppers because I knew that in the past you could park for a few hours for free. Yeah, well I guess many people were thinking like me because now they only allow 1 hour parking at time. Totally bummer!  As I was looking on the parking info; I squealed like a pig when I saw the “Pay with PayPal” button, I was beyond excited! Yeah, this meant I had an extra $15 cash to feed the 4 nincompoops I had with me. 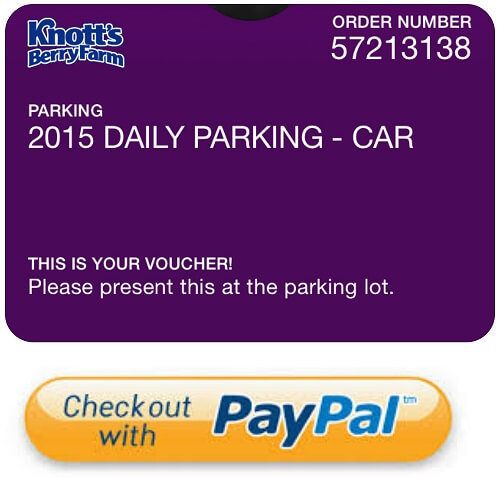 So once again, we did the same as the previous day and stole… I mean, grabbed a few extras from the breakfast room at the hotel. Hey… don’t judge… the situation was dire!  ha While at the amusement park, kids were beyond thirsty and I for sure did not have the means to buy them something to drink. We found a little restaurant in the park that gave us water for FREE… believe me… I was beyond relieved. The cups were super small so we kept going back for 2nds and 10ths…. and possibly more. Although we were pretty pathetic, I was grateful the nincompoops didn’t complain…. too much. ha Fast forward to lunch time; We walked out of the park to eat because as you all know, amusement park food is way overpriced, or at least it seemed that way when your budget is only $8 per person for the entire day. Eeeek!  We went to Subway and almost everyone but me got a $5 meal. Woot WOOT! I just got a plain cheap sub because I wanted to save a few extra dollars for dinner. But by Golly Gee George…. was I ever craving a soda. So what does one do when they want a drink and don’t have the money to get one.  If you said, get a free cup of water, then you are obviously a normal and sane person. But that wasn’t me. I noticed a group of loud teens were leaving Subway and those teens of course left a mess behind. Instead of me normally making a smirk comment about people needing to clean up after themselves, I smiled as my cheapskate self had a bright idea. If you guessed grab one of their cups and refill it… then you guess correctly! Yeah sounds gross and I guess it kind of is. ha ha. I grabbed a cup, rinsed it out, got a new lid, new straw, and fresh soda…. there you have it…. frugal me wins again! Have you ever had to be frugal like this by choice or desperation or am I the only gross one? Ha... As we were leaving the amusement park at the end of the day, I remembered I had $3 left over from yesterday which made me beyond excited that we had so much extra money. Yes.. I know… pathetic!  ha. We went to the dollar store to get a case of water because they’re only $2.99 for the case of 24. However, when I checked out, the total was $4.19. Well there was NO way I was about to pay that much money for a case of water because they obviously rang me up wrong… and it wasn’t in my budget to spend so much. ha  So of course as calm as I could be; I questioned the cashier about the total. The cashier had the audacity to tell me she didn’t make a mistake and that I had to pay an extra 5 cents per bottle. I told her it didn’t make sense as to why they advertise the case of water for $2.99 but add a $1.20 up charge and I insisted that she was wrong.  When she wouldn’t budge, I nicely but sternly told her I’d do business elsewhere and she chuckled and said I’d be charged extra no matter where I went.  I didn’t know what she was talking about, so I walked out upset with my head held up high because I knew she was wrong! Well… needless to say… It was me that was wrong. OOPS! ha ha ha… I had NO idea that California charges a recycling fee of 5 cents per bottle. Yeah… well, one would think I’d feel embarrassed, but I didn’t… I just felt like a stupid tourist.  ha.    Of course at this point, it made sense why the entire time my nephew kept shaking his head and trying to get my attention.  Oops!  I guess this was that one time a 14-year-old knew more than an adult. haha Am I the only one that didn’t know you have to pay an extra 5 cents per bottle in California?

I know you’re dying to know what we did for dinner with only $15 cash left in my budget. Well remember how the previous day we went to the dollar store to get a 2 liter of soda. Well, when I was there I noticed they had LOTS of microwave meals in their freezer section. So myself and the 4 nincompoops that were with me each got 2 meals and a 6-packs of water.  Let me tell ya… these kids were excited about their dinner. Or at least that’s how I choose to remember it. hahaha

We were all tired and starving when we got to the hotel. And wouldn’t you know it… our key didn’t work. I go get it replaced and the 2nd set didn’t work either. So I try REAL hard to go back to the front desk with a fake smile on my face to get yet a 3rd key. Lucky for them that key worked. ha.  I wasn’t about to complain considering they allowed me to stay there even though their policy said “credit card only” (if ya don’t know what I’m talking about, then you obviously didn’t read the first chapter of this saga.  ha)

I truly believe surviving this vacation was due to answered prayers! Just like the previous day; I had an extra $3.00 left over and was super excited to have $6 left over in total. WOW! At that moment, life couldn’t get any better!

When we checked out the following day, I think I may have shed a tear when my $100 deposit was handed back to me. Weeee! I felt rich! I couldn’t wait to get back home where my debit card was safe and sound in the laundry hamper in the back pocket of my jeans.  This for sure will be a trip I won’t forget anytime soon.  What a wild way to make memories.

So just when I thought everything was going smoothly….. We go to the beach and not even 10 minutes after we get there I hear my nephew yelling like a crazy lunatic in the water. My first thought was, “AH heck… I hope he’s not drowning because I don’t want to get in the water”…. Sad… but true. Yeah, I suck as an aunt! It turned out that a wave knocked him over and in the process threw his glasses off his face. He was yelling for us to help him get his glasses. Well… that obviously did not turn out successful because those glasses were now property of the great big Pacific Ocean. He was afraid to call his mom to tell her he lost his glasses and I sure didn’t want to get yelled at for being irresponsible and letting him in the ocean with glasses on. ha – So what does a mature person like me do….. you guessed it! I sent her a text. Haha… The unfortunate thing is that he’s legally blind.  Yeah… that was a fun(ny) experience! ha. Huntington Beach with 4 nincompoops was a blast!

I’ll spare you the part of me having to pull over and un-pack everything because I didn’t know where my driver’s licence was. ha… Yeah,….. you could call me a ditz! ha