Coming Out of the Closet

So last June I received an email from Jef (owner of Jester’Z Improv) saying that he had a casting call for me and if I was interested to let him know.  I wasn’t sure where he was going with this or if it was a joke.
His email said, “ Are you a person that knows how to stretch a dollar? Are you so cheap that sometimes people get embarrassed by your actions, or ask you to help them with saving money? Are you so clever and savvy that you don’t coupon and shop at thrift stores to save money? Are you the type that likes to go to the EXTREME, when it comes to saving money? If so, TLC WANTS YOU!!!! TLC’s Extreme Cheapskates is casting their second season and looking for the most frugal/CHEAPEST people in America! If this sounds like you, or someone you know, we want to hear from you! Please send us the following: Name/s, Age, Email & Phone Tell us a little about your lifestyle and why you think you/they made the decision to live this way. Please give specific examples and please include photos of yourselves/them.”
I died laughing at this. I, back then, thought he was actually just joking and making fun of me. After all, his job is to make people laugh. Anyhow, it wasn’t until several months later, that I realized he was actually serious. ha ha   I don’t pay for TV service, so I don’t have access to watch cable. I seriously had no idea there was such a show called Extreme Cheapskates…. Until I saw it on Netflix. Yes, I actually pay for Netflix. It’s A LOT cheaper than cable. And… when you split the $7.99 per month cost, it’s not too expensive.
Anyhow, Jessica & I started watching the show Extreme Cheapskate. While watching the show Jessica says in all seriousness. “What’s wrong with what he’s doing? We do that!”  That’s when it hit me like a sack of potatoes. HOLY CRAP! I could possibly be a cheapskate & not just frugal.  Although I justify what I do by seeing it more as making ends meet. 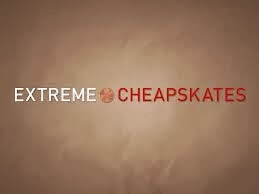 So I am now coming out of the closet…. I am a closet cheapskate.  There are some things I do that not many people know about.  But I will say, that I am NOT an Extreme Cheapskate. I guess you could say I am a Part-time cheapskate. ha. ha.  Well at least in my opinion. ha.  Who knows.. some of y’all may just think I’m cheap and other will think I’m gross. ha ha

Here are some of the many things that I do or have done (mostly when people aren’t watching, because after all, I am a closet cheapskate)  …..

There is SO much more but I would rather not mention it because I don’t want to incriminate or gross you out more than you probably already are.  ha ha.

Even though I am not getting married, I did buy a wedding veil for 11 cents (AFTER shipping) on eBay. Some say I am wasting money, but you never know who may need to buy a veil and I could sell it making a profit. Or a kid may be having a b-day party and a veil would be a great gift for dress-up clothing.   So there you have it. I am now out of the closet. 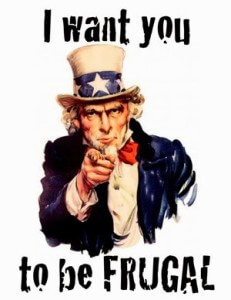 In my defense… I am not a complete cheapskate. I do spend money when I shouldn’t. I love to buy things for people, but have a difficult time spending money on myself.   But in all seriousness, I save where I can. Being a single parent, I have to do whatever I can to make sure my daughter is taken care of. If it means not flushing to save money on the water bill or living in a dark home to save on electricity so that I have more to provide for her then I am all for it.

My question to you… What do you do that would be considered abnormally frugal?
« People of Walmart » The melted what?