Believe it or not… YUP… It happened AGAIN. If you know me well, you know how likely this is to happen. Let’s see if you can figure it out…. Here are some clues. 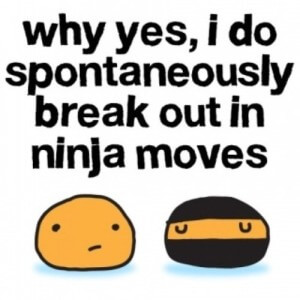 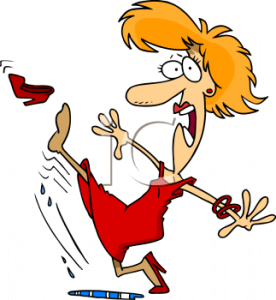 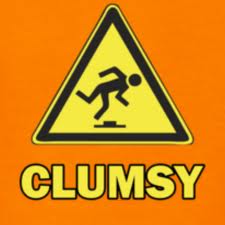 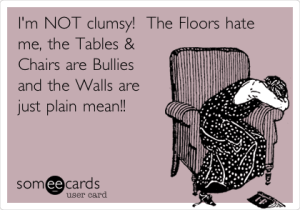 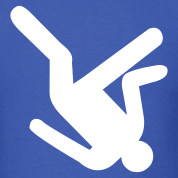 If you guessed that I fell at school AGAIN… well by Golly Gee George you got it right.
Last time I fell at school (a couple weeks ago)  it was graceful… This time not so much… I hit the ground REALLY hard. Here’s how it looked this time. 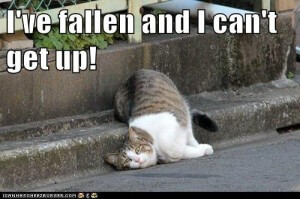 Ha.  So I went to the parking lot during my lunch hour to pick up some tamales my mommy was dropping off. Anyhow, I stepped off the curb to get them from her as she so patiently waited for me in the car. Then as I was getting back on the curb, I kinda missed it a tad. I only put half my foot on the curb and I twisted BOTH ankles (one more than the other) as I plopped on the ground. 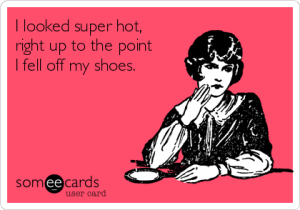 Two parent volunteers literally ran to my rescue yelling. “AYE NO! SE CAYÓ LA MAESTRA!” (OH NO! THE TEACHER FELL) They literally ran to help me up. My poor tamales were squished… (but they were still finger licking good delicious!) and my favorite shoe broke. Phooey!  They told me to file a report, but heck if I filed a report every time I fell, they would think I was drunk at school. My mom wondered what had happened, she said one moment I was standing and the next I disappeared. ha.
Here’s some of the damage…
I’ll spare you the picture of my backside. I won’t lie… It hurt like bloody hell but I was a tough sucker and didn’t show the pain I was in while I was at school. I don’t like people worrying about me or doing things for me, so thank goodness for Naproxen that I happened to have at school with me I was able to act like all was fine and dandy. Life goes on… and all this turn out to be a fun story to tell.

Anyhow, after I fell, oh I mean, after that bully of the curb kicked my booty, I was  going to go home to get a different pair of shoes since my one shoe broke… but then I got a clever idea. Now some of you may think it’s straight up GHETTO but I like to see it as resourceful.
I first looked for duct tape (because we all know duct tape fixes everything!) I didn’t find any but I did find some clear packing tape and was able to fix my shoe with it. Yup, I sure did tape that sucker together. And yes, I sure did tape it to my foot so it would stick better. YAY for thinking outside the box (something I learned from taking classes at Jester’Z Improv… side note, they do FREE intro to Improv classes the 2nd Saturday of every month).

Alright… back on track… What are your thoughts? Ghetto or Resourceful?

What have you done that was rather resourceful but possibly Ghetto?
« Mom-Slave » Invasion of Flies