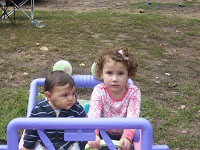 end to Bear Canyon. My brother Ralphy and his wife went up on Wednesday to save a spot for all 32 of us, but I might be missing someone – but that doesn’t really matter. Some arrived Thursday and most of us on Friday. It was an insane drive to get there. What would have normally taken us 2 1/2 hours took us 4 hours to get there because the traffic was insane. Even though it’s the same spot every year, it was way difficult to find in the dark. Besides that, we had an amazing time. We stayed up late Friday just sitting around the camp fire talking, roasting marshmallows and star gazing and throughout the day, some of the kids had fun on Jessica’s power wheels. 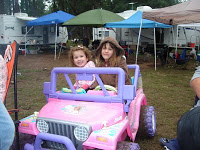 During our camping trip, my sister Sylvia, her daughter Amanda, Jessica & I h 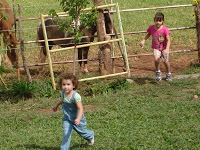 ad the opportunity to drive to Heber to visit my sister Sarai and check out her home that she just had built and then drive up to Taylor for a birthday party. At the birthday party they were able to dress up like princess and get their hair and make up done. Of course both of our daughters are little tom boys that instead of getting all dressed up decided to chase butterflies, tried to catch frogs, try run around and play with the horses. They did however decide to go on a horse and carriage ride. 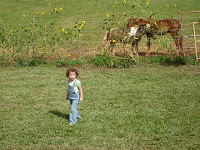 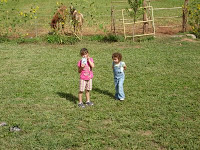 Jessica striking a pose & the tail end of the carriage ride 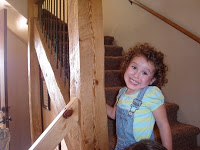 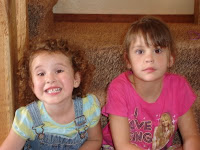 Other things we did was go shooting.  Jessica was way excited to shoot her first gun… yes, I did say Jessica. Ande on the other harnd was not happy that we let Jessica sh oot a gun. When we went camping during Memorial day, Jessica really wanted to shoot a gun like the others, but at that time I didn’t let her. This time, she was way eager to shoot. I think that Jessica really liked the safety glasses because she didn’t want to take them off and wore them most of the day. Okay – truth be told, Jessica at first she just shot a BB gun, but she doesn’t need to know otherwise. Actually, the following day, she did shoot a 22. She really thought she was the coolest 3 1/2 year old holding a gun. 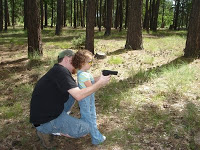 We had a whole lottta fun and getting way dirty on the Rhino. Other things t 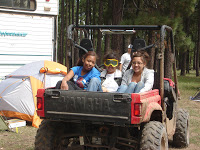 hat we did were play cards and of course eat LOTS of yummy food. At times we just hung out at acted silly.. 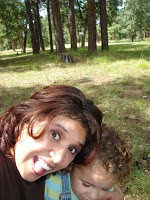 And then there were times where the kids just hung out in the tent. (Nice break for the adults!) We played volleyball, horseshoes, went shooting, played cards, sang, played baseball. Of course with one of those activities, someone was sure to get hurt – luckily it wasn’t when we went shooting. My nephew Sam was hit in the face with a baseball and cut open (not too bad) right under his eye. The kids (and me) had fun jumping of a tree stump while someone snapped a picture of us in the air. Of course I had a difficult time doing it – but none the less, I did it! 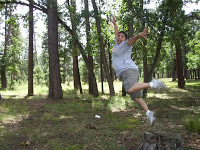 And of course we didn’t want to break tradition and had to stop at the McDonald’s in Payson on the way home!