When your 5-year-old has been quiet for a long time, you better go investigate because that’s a dangerous thing!  I go check on her in hopes that she’s taking a nap. Hey, a mom can only hope. I see the cap to a marker on the stairs and my heart starts pumping as she’s been known to draw on walls. So what do I find? Definitely her not taking a nap!
Jessica wrote MANY stripes on her arms with a permanent purple marker. I asked her why she did it and she said because Edward (from Twilight) thinks it’s cool. Way funny! This girl makes me laugh every single day. 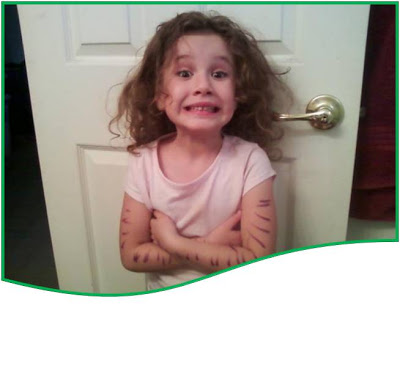 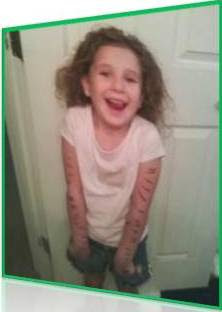 « The Mysterious Haircut…. » Don’t put eggs in your pockets!