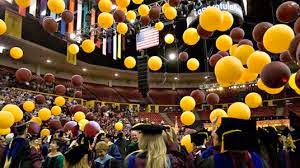 So as many of you know, I graduated from ASU in December of 07. I immediately got hired to teach 1st grade the week after I graduated. All I had to do was take this huge ‘teacher’ exam to get my teaching certificate so I could start teaching in January. No big deal, I just graduated, I could do this!! 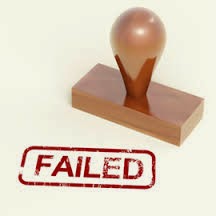 Well… I was WRONG. I failed the dang exam. Well sort of, I passed the professional knowledge portion of the exam, but failed the content knowledge portion (in other words… I am a college graduate with a Bachelor’s degree that doesn’t know how to do math.. sad but true!) .So, because I did not pass the exam I was getting paid as a long-term substitute instead of as a certified teacher. This was good and bad because I had my own classroom from January until the end of the year and I didn’t have to attend all of the staff meetings. However the downfall was that it sucked because I didn’t have any benefits and I being a permanent sub, I had to do more work than a regular sub. So… I was down and out for failing the exam, but I figured if I stopped the self pity party and I studied I would pass next time. After all, I had only failed by 5 points. CURSE YOU MATH!!!!

So a couple of months later I had to pay lots of $$ once again to re-take the exam and could you believe it… I FAILED once again and this time I did worse! Needless to say, I again was a little down – okay, maybe A LOT down. I started feeling sorry for myself again so I told myself that I only had one night to cry, vent, yell, feel sorry for myself and then I had to get over it and be strong and try once again! Two months later after paying another arm and leg to register for this dang exam, I took the test again. This seriously has been the most difficult exam of my life and I have taken it THREE flipping times. “You have got to be kidding me”… was all I could say to myself.

After registering for the exam for the THIRD time I was I seriously feeling the depression coming on and low self-esteem kicking in, BUT I did not allow myself to get bent out of shape about it because I had become best friends with Heavenly Father and I knew that if I trusted in him, all things would work out according to his will. He seriously helped me overcome this feeling of being a failure. I was feeling down and out and seriously considering a different career so I asked Heavenly Father once again to help me get through this. After much prayer, I all of a sudden thought of the poem The Race. I know this is silly, but just reading that poem helped me get on my feet and study for my exam. Not only did I know that I was capable of doing it, I had a huge desire to succeed.

One month after taking my exam I received my test score and…. I PASSED!!! Finally I passed.. it took three times, but I got up each time I fell! I forgot to mention that I had failed the other two times because I was getting low scores in math (math is my weakness). Well… when I got my test scores… I was blown away to see that I got 100% on math. Way shocking!

Anyhow, I spoke with the principal from the school where I had taught 1st grade. She told me that the only thing that was open was a 6th grade Dual Language position. I laughed and told her that I wasn’t tall enough to teach 6th grade. Ha ha! I’m a dork. Anyhow, in the end, I agreed to teach that grade. (I swear it wasn’t me speaking when I said yes) After I said yes, I yelled at myself for saying yes cause I shocked myself for agreeing to do it. So now I am going to teach a grade that I said I would never teach AND on top of that, I will teach in Español! Aye Aye Aye… it’s all crazy how things turn out. So now I am a real teacher – or teeshur as some of my 1st graders used to say.

Here’s the poem The Race made into a video. It’s 7 minutes long, but I think it’s worthwhile to watch.