I was picking up dog poop in the back yard and had a flashback about my daughter. Yes, dog poop reminds me of her.

I vividly remember the day when my daughter Jessie was 5 yrs old and she wanted to make brownies.   In the process she spilled some of the brownie mix on her pants.  It was somewhat cleaned up (by me licking it) and all was fine and dandy but by this point she was done helping.  (That darn girl and her short attention span)

Several minutes later she came into the kitchen & was saying that she had poop on her pants. I kept telling her it was brownie mix. She started getting upset and kept saying.. “NO IT’S NOT!!! IT’S THE DOG’S POOP!!!!”   After going back & forth on what it was, I finally got irritated and said, “Jessica, it’s fine! Drop it! It’s just brownie mix.” She at this point was VERY upset with me and yelled at me saying, “Well then YOU lick it again and see what it is” I went to lick it, but for a split second thought, Hmm, what if it is dog poop? So before I licked it, I smelled it and what wouldn’t you know… it WAS poop!  Ha ha… I was SO glad I did not lick it. 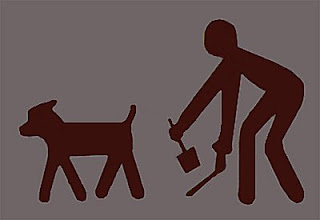 The best part (for me, not her) of this was that about 30 minutes after the fact; my daughter told me that she was upset with me that I didn’t believe her and that when she had gone to her room , she thought it was brownie batter (because I made her believe it was) and she said she realized it was dog poop AFTER she licked it. EEEEWWW!!! She said it was super disgusting! ha ha  I love it!  Yeah, I know I’m mean for laughing at this but it’s so gross that it’s funny. (And it’s funny because it didn’t happen to me) So did I mention that I was SO glad that I did NOT lick it!

Have you ever been in a situation where you had to ask if it’s chocolate or poop?

« Disneyland as a Loner » My Funeral Remarks…