Just recently I posted on FB saying, “Social Media is all blown up with a kinda silly but very popular ALS Ice Bucket Challenge.”   In talking to people on and off social media, it turns out the majority of people are okay with the challenge. However, there are some that say it’s dumb, dumping water isn’t going to cure ALS,  it’s a waste of water, they’re tired of seeing it all over social media…. and so on.   No matter what a situation may be, there will ALWAYS be people for and against everything. And I see it as the awareness for ALS is working. Due to people being annoyed with it, that just means the word about ALS (Lou Gehrig’s disease) has gotten out.  There are many ways that we can get involved and help ALS and one of them is with the Ice Bucket Challenge that has been very successful.  I actually had no idea what ALS was until after the Ice Bucket Challenge went viral.

Back tracking to those that say the ALS Ice Bucket Challenge is a waste of water…. What’s not to say that a long shower or brushing your teeth while the water is just running is not wasteful?  The Bucket Challenge actually has a purpose.    I’m sure not all the people dumping water on their heads may not be able to afford to donate any or much money, but someone watching it may be able to donate.  It’s unreal and amazing how within a few weeks of people raising money in a fun way has brought out donations from tens of thousands of people to raise millions of dollars for ALS research.  Due to that as well as the awareness of ALS, I find the Ice Bucket challenge a huge Success! 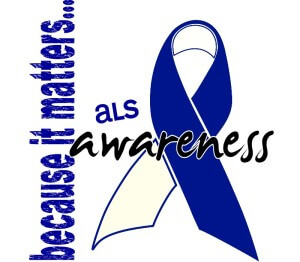 ALS is a disease that is incurable. It wasn’t until watching THIS video of Anthony Carbajal who is living with Lou Gehrig’s disease  that I learned what ALS was. 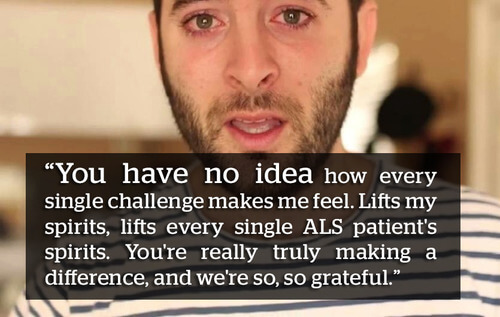 I did the ALS Ice Bucket Challenge myself, and it was fun but WHOA did the super cold ice water take my breath away. It’s amazing how ice can be so cold (yes, that was sarcasm).  In case some of you don’t know, the challenge asks participants to dump themselves with a bucket of ice water on video and/or DONATE money to the ALS Association.   I encourage YOU to donate to ALS and have fun while you’re at it and do the ALS Ice Bucket Challenge.