Has anything ever made you laugh so hard that when you look at it you can’t help but shake your head and chuckle? That’s what happens when I see the car shifter.    When my daughter Ande was 15 she asked me for my car keys so she can get her wallet that she had left in the car. She said she left it next to the seat and the prindle.  Of course I had to question her… “The seat and the WHAT?”  In all seriousness she said again,”The seat and the prindle.”

I had NO clue what she was talking about so she walked out to show me what the prindle was. She looked at me like I was some kind of idiot as she pointed to the words PRNDL…   She was talking about the SHIFTER. ha ha!! I will give her credit for trying to read and for teaching me something new. DUH… everyone should know what a prndle is!!! 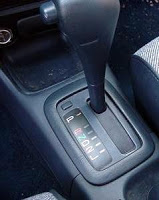 So she recently sent me this text which cracked me up because it’s now 5 years later and she’s still trying to prove me wrong. hahaha. 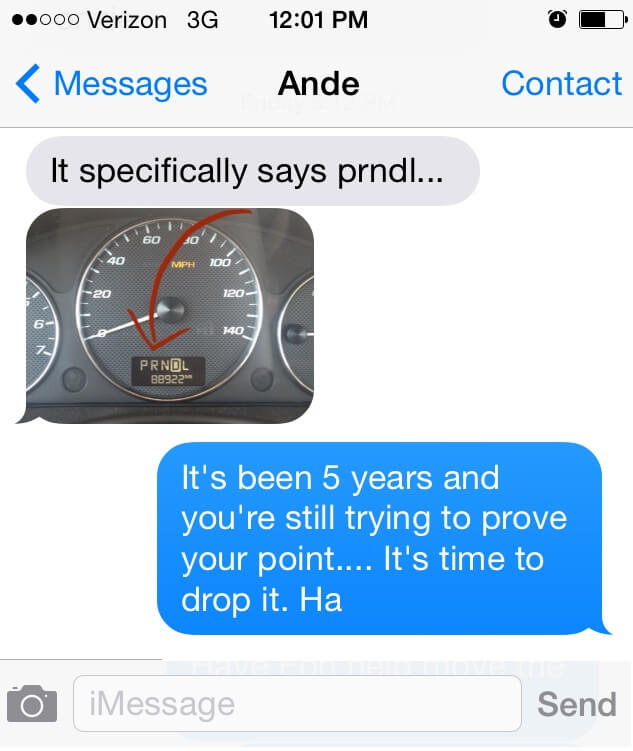 So you decide? Do you side with me on thinking she’s possibly one clown short of a parade or with her on how she thinks she’s right and makes sense?  ha