What is Your Parenting Style

Do you ever search the internet for something and get side tracked and start looking at other things? Yeah, I do that often with many things. The latest was a couple of days ago when I came across a rather interesting blog post. This particular mom posted about 7 things that don’t fly in her house.  When I read the title I had a flashback on what my mom never allowed in our home growing up. One of the many things were candy cigarettes.  I remember my rebel sister getting in so much trouble for buying a pack from the ice cream man. My dad took them out her hand and threw them in the trash. It makes me chuckle now.  Did you ever have these? And did you pretend to smoke them? My siblings and I would secretly buy them when my parents weren’t watching and acted like we were smoking them, you know, because that was cool back then. hahaha. (Mom & Dad, Si están leyendo esto, lo que he dicho no es verdad. jaja. Nosotros “nunca” compraríamos estos secretamente y pretender fumarlos) 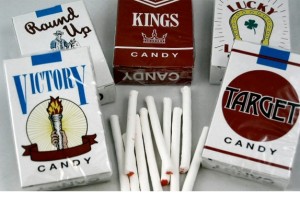 Anyhow, the title to her post was intriguing and of course I like to be intrigued and so I read her post.  Kudos to that mom for pulling me in with just her title.

Anyhow, her list of 7 that things that don’t fly in her house are…

You can read her reasoning behind it all HERE

Below are my thoughts on those seven things. Please let me know what your thoughts are as inquiring minds want to know.  My first thought was… Hello Helicopter Parent. Then my second thought was “Yeah, I’m going to hell again” because she’s allowed to parent the way she wants.

1)   BARNEY:  Were you ever into Barney? I have absolutely no shame is saying that  I at times sat and watched Barney with my first child in the early to mid 90’s. Barney was a huge babysitter for my oldest daughter when she was young.  How awesome is that! A purple dinosaur that babysits for free! I did it so that I could actually get my home cleaned and so I could cook.  (Yes, there was a time in my life that I actually cooked.. now it’s take-out or frozen.. ha) I don’t think it makes me a bad parent… just a normal one. Ha. I think my oldest is now lovable and has a great imagination because of Barney. haha  My youngest never liked Barney so now that’s my reasoning for having a dirty house. haha 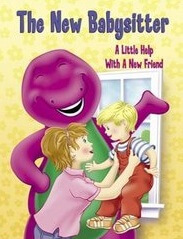 Barney was the best babysitter in town

2) TOY GUNS: This may be a tough one for many. I heard a parent once say, toy guns are evil but water guns are okay. Hmmm… It didn’t make sense to me, but then again, I don’t make sense to most people.   My youngest (9-year-old daughter) enjoys playing with toy guns. I allow her to play with them as long as she’s not pretending to shoot people…. Objects yes (like target shooting) but not people or animals (unless you’re hunting for food.. which again, is a whole other subject up for debate). She knows that you treat a toy gun just that same as a real gun. I have seen many kids that aren’t allowed to play with guns and will find a way like using their fingers, Legos and other things as guns. 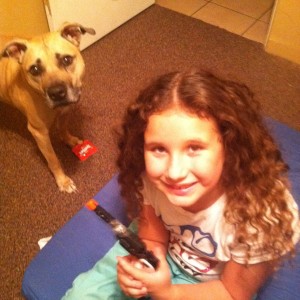 Playing Cops and Robbers with her dog

3)   BOUNCY HOUSES or as I call them “Brinca Binca”: My thoughts on this… Brinca Brincas are WAY super fun!  I love to jump in them just as much as my children do. Well of course until I tinkle. ha. (Ya women know what I’m talking about)  The likelihood of an accident is far less than an accident at school or anywhere else. My daughter has twisted her ankle, fallen & scraped her knee in a bounce house on more than one occasion. I just tell her she’s fine, brush it off and go back and play.  We have had a bounce house deflate with kids in it. Laughed about it.. then thought, “Oh, I should stop laughing and make sure everyone is okay.” Saw everyone was fine… I continued to laugh and they continued playing.  In my bird-brain opinion, accidents will happen no matter if it’s in Brinca Brinca, at home or in a playground.  We live and learn and move on from there. I figure if I die in a Brinca Brinca, it was my turn to go.  ha. I don’t shelter my kids nor do I allow my children to  live in fear especially over things they can’t control. I asked my 9-year-old what she thought of Brinca Brinca’s and she said, “They are fun. Sometimes you get hurt but I have to just walk it off like you tell me. I get hurt a lot in them but I still play. One time I fell and hit my head on the concrete. It made me cry but I kept playing because I knew you would tell me to stop crying and go play .” After her response, maybe I am a bad mom. haha 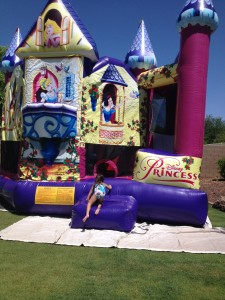 My niece in her birthday Brinca Brinca

4)  UNWARRANTED SCREAMING:   W ell if  the screaming is for no apparent reason then obviously no one wants to hear that. I have a niece that screams all the time. Sometimes I want to tie her down and put a muzzle on her and other times I want to scream with her. haha. When my youngest was younger I would have her scream into her pillow or go outside to scream because sometimes even when it’s unwarranted screaming we just need to get it out of our system.  However, if screaming is for fun… well then I scream with her because it builds memories. ha.  Chaotic and dysfunctional yes… but memorable! 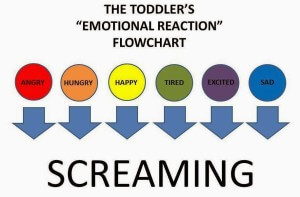 5)  MONSTER HIGH ( or Other “Risque” Dolls): My oldest (now 21) has always been a princess girly girl and enjoyed Barbie’s, Bratz .. etc.  You live and learn. You teach right from wrong. But I also don’t shelter my kids.  I do understand the reasoning and don’t fault anyone for keeping risque dressed dolls from your children nor for buying them. My mom would NEVER buy us any type of dolls like that. She never even allowed us to have naked dolls or barbies.  I will say that I would not buy risque dressed dolls for my girls BUT don’t quote me on that because if I find them at an awesome clearance price… then that’s a whole different story because if the price is right, I won’t care if they’re streaker dolls, ratchet looking or super skanky.  My frugal  self will never pass up a good deal.  My daughter has been given those type of dolls as gifts and I don’t make a big deal of it and just allowed her to play with them. No big deal. No harm done.  My youngest child on the other hand is oddly afraid of dolls. Ha (I’m the evil parent that has been known to chase her around the house with a raggedy one-eyed doll) She would rather play with G.I. Joes or any other action figures. Which is a WHOLE different subject (I’ve been told not to allow her to play with “BOY” gender toys.) OH PUH-LEASE! My 9 year old’s response to Monster High dolls, “Monster w hat the what? What is that? (I showed her) Eeewww.. They are ugly and nobody should play with them.  I would like scarier stuff like the movie Goosebumps” I found her response interesting because the way they were dressed didn’t even cross her mind. Sometimes I think it’s us parents that make a big deal out of things.

6)   LIGHT-UP SNEAKERS: Hmmmm… I think they are  WAY awesome! I have small feet and imagine my excitement when I was able to fit in a child’s light-up shoe.  Weeeee..   The only time I found light up shoes to be annoying was at the movie theater when a little kid kept running up and down the aisle. Of course that would have annoyed me regardless of which shoes that kid was wearing.  I wanted to flick his mom in the head in hopes that she would either stop her kid or take him out of the theater. He wasn’t even a toddler, he was about 7 or 8. Funny thing, I almost pulled the teacher card on him. (side note: Two kids were running at the mall once & out of instinct I stopped them and made them turn around and walk.  They looked at me oddly but did it.  hahaha #TeacherProblems) Anyhow, I give light up sneakers a thumbs up. 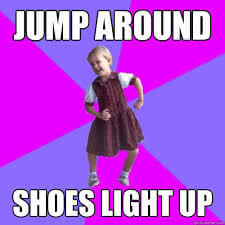 7)    TV IN THE BEDROOM:  Call me old-fashioned or whatever floats your fancy boat, but   I actually agree with this helicopter parent on not having a TV in the bedroom. I have NEVER allowed my daughters to have a TV in their bedroom.  My oldest is now married and although she did complain once in a while about not having a TV in her bedroom, she managed and became a social butterfly.  Not saying her extrovert awesomeness was due to not having a TV in her room, but I make myself pretend that’s the reasoning, so if you tell me otherwise I may have to go crazy ghetto Latina on you. Ha ha.  I know times change, and I hope my youngest never has a TV in her room, but I won’t say it won’t ever happen because I have learned to not say NEVER because we just don’t know what the future holds. Fingers crossed I don’t budge on this one.  I’ve never liked a TV in my own bedroom either (which I don’t have one now.. but I did when I was married.. not by choice, but sometimes we have to compromise) Although, if you want to give me a big flat screen and attach it to my bedroom wall.. then I won’t stop you. ha   Do your kids have a TV in their bedroom? 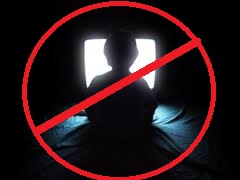 So now that we all know I have oddly different parenting styles… Guess what …  It’s okay to be different.

What is something you don’t allow or wish your kids didn’t have?

« Back to School Laptop Giveaway » Random Act of Kindness