Jessie & I went out to dinner yesterday evening. We ended up going to Tempe Market Place – which is like an outdoor mall. We walked around and Jessica was intrigued by the fun lights & waterfall… not so much by the live band because it was way to loud for her sensitive ears. Anyhow, as we are waiting for our food, Jessica is just looking around just checking out her surroundings. She then asks me in a sweet innocent voice in amazement.. “Mom, are we at Disneyland?”

AGGHHH!! At that moment all these thoughts are going through my head… If I tell her a little white lie and say yes, I would save so much money from having to really take her (she has a piggy bank that she’s been filling up rather quickly to go to Disneyland) So, I paused for a second and said, ” So Jessica, if this were Disneyland, what would you want to go do or see?” She said she wanted to see fireworks. (Ande has told her that they have fireworks above Cinderella’s castle.) 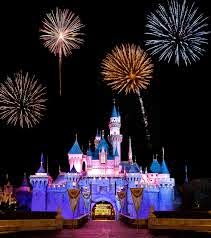 Man.. I was so wishing they were having fireworks that night because I wanted so bad to say that we were at Disneyland, but.. my conscious got the best of me and I crushed her dreams when I told her that we were NOT at Disneyland.

But golly.. I could have saved a fortune by a little white lie. I found it amusing that she asked that question. Little does she know she’s going to Disneyland at the end of the year!!!