Life if better when someone makes you laugh

Do you have that one person in your life that just cracks you up?  You know… that one that keeps you healthy and laughing on a daily basis. Yeah, for me it’s my 9 year-old daughter (she’ll 10 this month). That child always says the silliest things. Here are some of the crazy shenanigans she said when she was 6.  Anyhow, she has had me busting a gut all week.  I wish I didn’t have the memory of an old fart because I can’t remember everything, but I do remember some of the things she said… or did.

#1.  I was cleaning my home and she walks up to me… oh wait, not true because if I ever start a sentence with “I was cleaning”.. you know it’s a lie. haha… So, I was most likely sitting in front of the TV binge watching a show on Netflix. (yeah, that’s more like it). Anyhow, she walks up to me and starts talking to me as if nothing is going on. I look up and she looks like this… EEEKK! 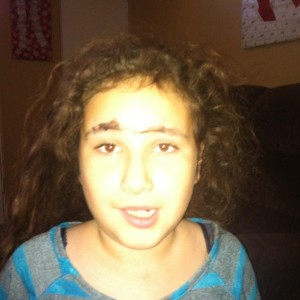 Yeah, from that moment, she was banned from using sharpie markers for life. hahaha

#2.  I live in a home with one bathroom. The majority of time it’s not an issue but sometimes one of us has an “AHA” moment which mean, Oh Good Golly … get out-of-the-way because I’m about to crap my pants.   Anyhow, I’m taking care of business in the bathroom. My daughter is non stop knocking on the door. First question is, “Why the heck do you have to lock the door…. Don’t you know I have to poop?”  She didn’t seem like she was at that “AHA” moment yet, so I didn’t feel the need to rush. ha.  Anyhow, a couple of minutes later there is now banging and her voice had that “AHA” scared tone. When I opened the door, I see this…. 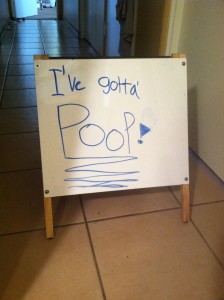 Yeah, she’s a hoot that has me laughing all the time.

#3.  I was going crazy looking for my car keys. Yes… I lose them more often than I will admit to. ha. It was driving me insane because if I didn’t find them soon, I would be late to church. Anyhow, I finally found them with no time to spare. I tell my 10-year-old to get in the car and she says, ” I can’t because I’m handcuffed to this. Of course I had to laugh. Too bad my crappy cell phone takes horrid pictures. 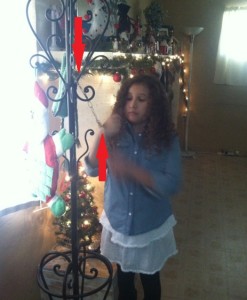 So I walk to my car and she didn’t walk out with me. I yell at her to hurry up and she still didn’t move.  I go back in the house and she says, “I can’t go anywhere because I don’t have a key”. hahaha.. Yeah, she’s a goof. Like I wasn’t going to notice that she was now cuffed to a different part of the coat rack . Ha 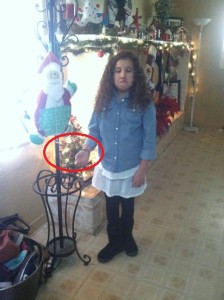 I swear this child is what keeps me young and healthy! Laughter is for sure the best medicine.

#4.  On our way to school we were talking about the possibility of me ever re-marrying….. 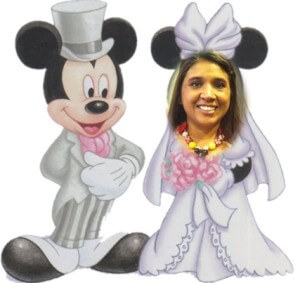 I guess since I married for love last time and it didn’t work out, if on the super slim chance there’s a next time it’ll be for money. hahahaha… So if you’re a Disneyland Year Pass holder or Mickey Mouse… the answer is YES.. I will marry you! Ha.