A week ago I had said I was FINALLY feeling healthy. Well… that only lasted for ONE flipping day! I woke up Sunday feeling like BLAH. I was tired, felt weak, my body ached and I had no energy. I figured maybe I just slept wrong. I wish that had been the case. So… later in the morning I realized that my throat was sore and I had a little cough so I decided to take some medicine. I get to church and I had the most difficult time staying awake. When I got home I realized that I had taken NYQUIL… oops!  hahaha 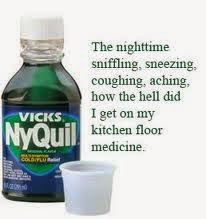 So as each day this week went by I got worse and worse. As we all know, I don’t like going to the doctor which is why I usually self diagnose then self medicate. Since I get bronchitis several times a year I knew that was exactly what I had because every time I coughed I had a lot of discolored mucus that came up. (sorry for the visual, but at least I didn’t post a picture of it. Ha) My chest hurt so bad when I coughed. And of course the low grade fevers really sucked especially having to teach like that! YUCK!! Was it dedication to teaching you ask.. NOPE.. it was having already missed a lot of school from being sick earlier in the moth and not having sick time left.  Oh.. and I also had an ear infection (yes, I also self diagnosed) At one point I actually thought that my ear drum had busted because when I cleaned my ears one day and I had a good amount of blood on the q-tip… but I only had the blood that one time so I didn’t think anything of it. But the dang drainage from the ear really sucked. Someone told me to put peroxide in it and that it would cure whatever I had within 12 hours….. hmmm.. I have never heard of that one nor did I try it. Has anyone ever tried peroxide in the ear? 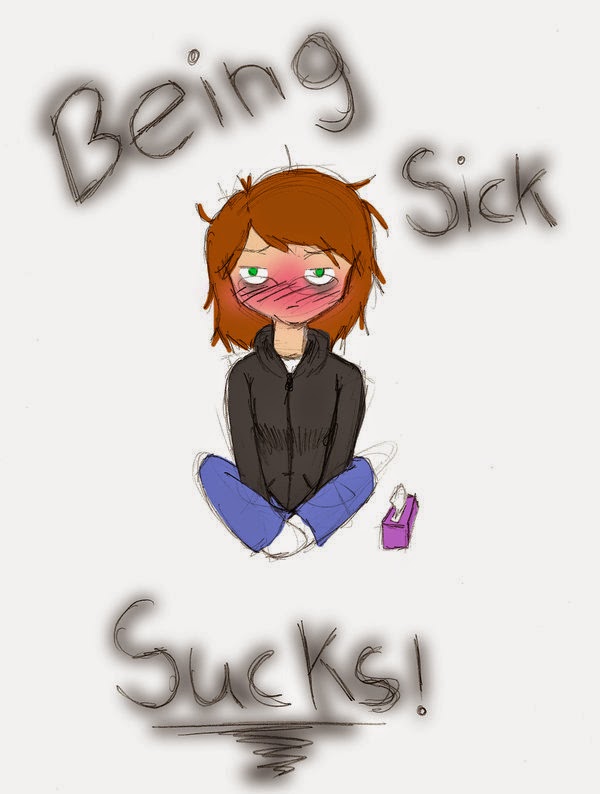 So it is now Saturday the 31st and I am afraid to say it again but I am FINALLY starting to feel better again. My voice is still not all the way back yet and my throat still hurts and I am still coughing.. BUT as weird as that sounds.. I am really starting to feel better. I know this because instead of going to sleep at 7 pm like I did the entire week I was able to stay up until almost 9:30 pm last night… wow… big success.. I’m a night owl!! ha ha